Ryan White Clinics in 340B Program Call for Constructive Dialogue 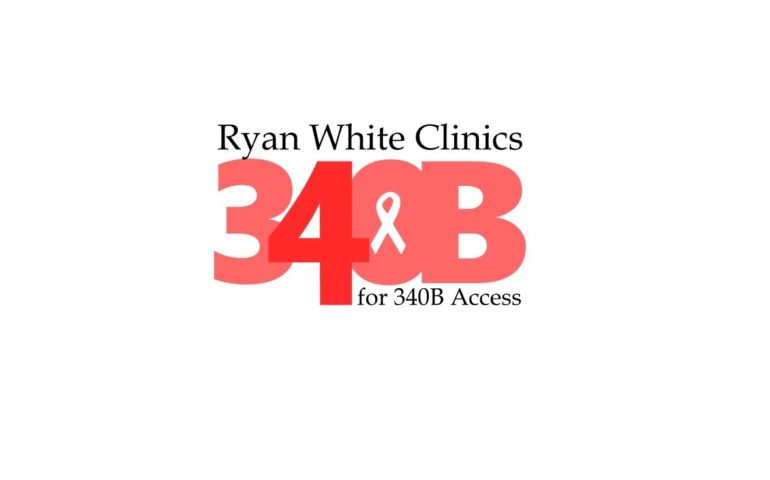 Washington, D.C. — “For over two decades, the 340B drug pricing program has been a cornerstone of Ryan White providers’ efforts to fight the HIV/AIDS epidemic in the United States,” said Sara J. Dingwall, Pharm.D, BCPS, AAHIVP, president of RWC-340B and pharmacy staff at Whole Family Health in Fort Peirce and Vero Beach, Florida.  “The program enables Ryan White grant recipients to care for tens of thousands of people living with HIV/AIDS, without costing the federal government any additional money,” she said.

Despite the demonstrable success of 340B, OMB Associate Director for Health Programs Joe Grogan recently called the drug discount program “incredibly flawed” and suggested that no one believes the program should continue operating as it has been since 1992.  Ryan White clinics strongly dispute this characterization and believe that the program works exactly as intended for many covered entities and their patients.

“It’s time to end the rhetoric and pursue a constructive dialogue on the 340B program. We hear so much about the 340B program that just isn’t true and the consequences of which could seriously harm the patients we serve,” Dingwall continued.

Testifying before the House Energy and Commerce subcommittee on Oversight in October, Mike Gifford, President and Chief Executive Officer of AIDS Resource Center of Wisconsin, noted that the 340B program was enacted by Congress as part of the Veterans Health Care Act of 1992 to allow designated safety net providers, called “covered entities”, to purchase prescription outpatient drugs from pharmaceutical manufacturers at discounted prices.  Congress itself noted that the goal of the program is “to enable [covered entities] to stretch scarce Federal resources as far as possible, reaching more eligible patients and providing more comprehensive services.”

Ryan White program grantees are among the original safety net providers established by 340B, and by law, must operate as not-for-profit organizations.  The Ryan White program is the federal government’s primary response to the HIV/AIDS epidemic, and Ryan White funds support numerous clinics throughout the United States devoted to caring for this vulnerable population.  Gifford said, “It is because of the 340B program that Ryan White clinics are able to purchase expensive, life-saving drugs at substantial discounts.”  He added, “these clinics then devote any savings they generate back to caring for patients and providing anti-retroviral drugs and other medications to patients who cannot always pay for such care.”

Mark J. Malahosky, R.Ph., BPharm, RWC-340B Treasurer and Vice President of Pharmacy Services at Trillium Health in Rochester, New York said, “we use our 340B related savings to pay for intensive case management and other support services that keep patients in care, keep them taking their medications, and keep them healthy and productive.”  Malahosky continued, “Most importantly, there are virtually no other sources of support for such services.  Neither private insurers nor other federal health programs like Medicare and Medicaid pay for the case management, linkage, and retention services that are critical to the success achieved by Ryan White clinics—only 340B savings make these services possible.” In short, Malahosky said, “Ryan White clinics use 340B savings precisely as Congress intended:  the savings allow clinics to stretch scarce federal resources in order to support a wide range of life-saving services that no one else pays for.”

Ryan White clinics use 340B savings to help over 81% of their patients achieve viral suppression, according to 2017 data from the Health Resources and Services Administration. When patients achieve viral suppression, it means that HIV is not detectable in their blood and that they cannot pass HIV to anyone else.   On a national level, less than half of people living with HIV/AIDS are virally suppressed, and it is clear that the Ryan White model, made possible by 340B savings, works unlike any other method for caring for these patients, according to this data.  In fact, Ryan White clinics care for only a minority of the 1.2 million people with HIV/AIDS, but these clinics account for the vast majority of those virally suppressed.

Contrary to the position articulated by OMB Associate Director Grogan, the 340B program is remarkably successful and working as intended.  The truth about the 340B program for Ryan White clinics and numerous other safety net providers is very different than the story told by the pharmaceutical industry and other critics of the program.

Ryan White Clinics for 340B Access (RWC-340B) is a coalition of HIV/AIDS medical providers receiving support under the Ryan White CARE Act. The CARE Act provides funding for services primarily to poor and/or uninsured people with HIV/AIDS. Ryan White providers are eligible to participate in the federal 340B Drug Discount Program, which enables them to expand and support care. For further information, contact info@rwc340b.org or visit RWC-340B.org.