RWC-340B Applauds Court’s “Fairest and Most Reasonable” Interpretation of the 340B Drug Pricing Program: Manufacturer Actions Shall Not Undermine the Safety Net 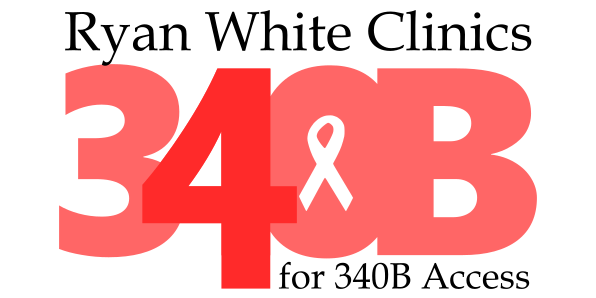 RWC-340B Applauds Court’s “Fairest and Most Reasonable” Interpretation of the 340B Drug Pricing Program:  Manufacturer Actions Shall Not Undermine the Safety Net

RWC-340B lauds the U.S. District Court for the Southern District of Indiana (the Court) for its October 29 decision that Eli Lilly’s recent “unilateral” actions restricting access to drug discounts required under the federal 340B program “would assuredly render 340B drugs inaccessible to many covered entities.”

The Court held that the “fairest and most reasonable interpretation of the 340B statute would not authorize drug manufacturers to impose unilateral restrictions on the distribution of the drugs that would frustrate Congress’ manifest purpose in enacting the statute” by prevent(ing) access to 340B pricing.

RWC-340B president and Cempa CEO, Shannon Stephenson said, “fairness and reason have prevailed.”  She added, “it has been obvious to us for the last three decades that Congress did not mean for drug companies to make up their own rules for the 340B program to save a buck on the backs of the safety net.”

Stephenson added, “RWC-340B is proud to have raised the alarm that certain drug companies’ actions would harm patients’ access to care.” RWC-340B filed two amicus briefs in the Lilly case and is the lead plaintiff in a lawsuit in the U.S. District Court for the District of Columbia asking the Health Resources and Services Administration (HRSA) to take enforcement action against Lilly and other manufacturers that refuse to honor contract pharmacy agreements.

Despite the Court’s favorable statutory interpretation and finding that HRSA’s May 17, 2021, cease-and-desist letter was not contrary to the 340B statute, the Court determined that the May 17 letter was arbitrary and capricious and therefore a violation of the Administrative Procedure Act.  The Court arrived at this conclusion because the letter did not acknowledge HRSA’s change in position regarding its ability to enforce contract pharmacy arrangements.

The Court noted that HRSA “must at least display awareness that it is changing position and show that there are good reasons for the new policy,” noting that HRSA’s determinations have had an impact on drug manufacturers.  RWC-340B believes the remedy for this administrative oversight is simply for HRSA to issue an acknowledgement and explanation of its change of position in an amended cease-and-desist letter to Lilly.

The Court is the first to issue a decision regarding HRSA’s May 17 determination.  There are as many as eight other lawsuits filed by pharmaceutical companies and others in federal court challenging the Administration’s determinations that certain drug companies have overcharged covered entities that use contract pharmacies.  William von Oehsen, RWC-340B legal counsel and principal at Powers law said, “we are hopeful that the other courts will see the wisdom in Judge Barker’s decision and act quickly to put an end to drug companies’ illegal restrictions on contract pharmacy arrangements.”  He added that “the safety net has been unnecessarily harmed for over a year in the middle of a pandemic and that the companies’ unilateral actions have to stop.”

RWC-340B is a national association of HIV/AIDS health care clinics and service providers that receive funding under the Ryan White CARE Act, either through a primary grant or subgrant, and participate as covered entities in the 340B program.  Ryan White clinics are dedicated to caring for low-income and vulnerable patients living with HIV/AIDS.  Many of the association’s Ryan White members are also Federally Qualified Health Centers (FQHCs), FQHC “look-alikes”, sexually transmitted disease clinics, and safety net hospitals.